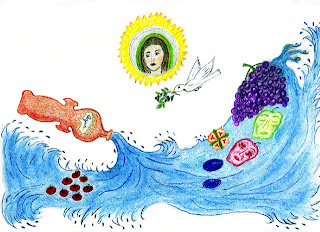 There is a story behind this image. Want to know more? I need at least 10 comments.
Posted by Poeticah at 6:46 PM 10 comments:

The girl from Guanajuato

I promised that after I receive more than 10 comments on the image "Geometric Serendipity" that I would tell you the story about the girl in Mexico. Sometimes art gets created over many years. The story that led to this image unfolded over a period of about 20 years! It goes back to traditional photography and taking pictures with an old fashioned 35 mm SLR. I don't know how long it took me to create the image below. Also, I don't know if I'd be able to recreate it if my life depended upon it! You can read the story by clicking on the link below:

Take the journey!
Posted by Poeticah at 1:52 PM 5 comments:

I stated that I would post the story of my experience with a Mexican girl. Stay tuned. There is a great deal more that needs to be said!

Here is the Poem:
THE LABYRINTH OF TLAMATINI

They keep on walking and wandering
and wondering
down the channels of the labyrinth
from sunrise to sunset
sunrise to sunset
until the earth
stops spinning
Posted by Poeticah at 12:27 PM 3 comments: 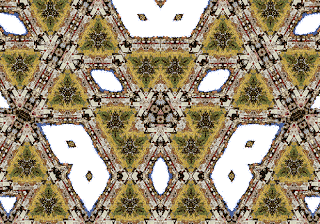 There is a story behind this image. It is about a poignant experience I had with a girl in Mexico! Want to know more? I need at least 10 comments!
Posted by Poeticah at 9:58 PM 14 comments:

Poeticah
I love to walk for long distances under any sky, feel the wind through my hair, the sand on my skin, through amber mist or sunny clear breezes . . .